Seven-time Fuller's men's champion Will Biddick, who was presented with his award by jockey Page Fuller (pictured below), looked back on a long career, and the start from his family's farm in Cornwall. He said: "At 16 or 17 I rode in a couple of races and finished the season with skin rubbed raw on the inside of my leg. I didn't know how I was going to tell my dad I didn't want to do it anymore. Then Len Vickery [a family friend] suggested I should go to work for Venetia Williams – and even if I never raced again it would get me away from home! It all turned around from there." 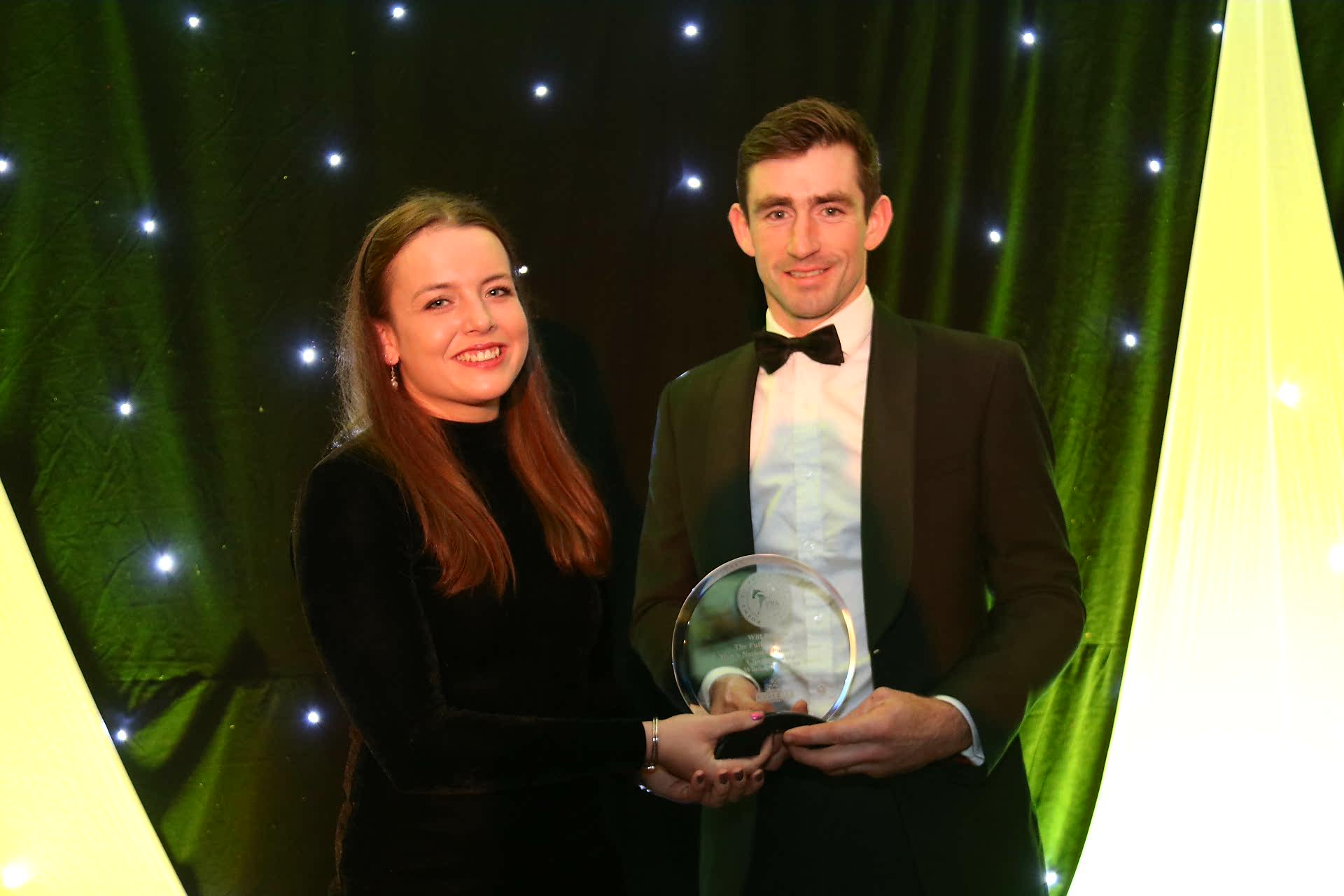 Page Fuller from Fuller's Brewery presenting to Will Biddick

Gina Andrews, who collected the Skinner's women's title for the sixth time (pictured below), is hoping to start the season with a winner at Cottenham on Sunday. Looking ahead, she said: "My ambition is to ride a winner over the Aintree fences, but I think we might have a horse in the yard for Cheltenham's Foxhunter Chase. Her name is Kalabaloo, who won at Cheltenham in May."
Andrews' husband, Tom Ellis, received the Foran Equine trainers' title for yards with eight or more horses after saddling 43 winners last season. He said: "We had an unbelievable season, and it will be very hard to match, but having Gina in the saddle is a massive advantage." 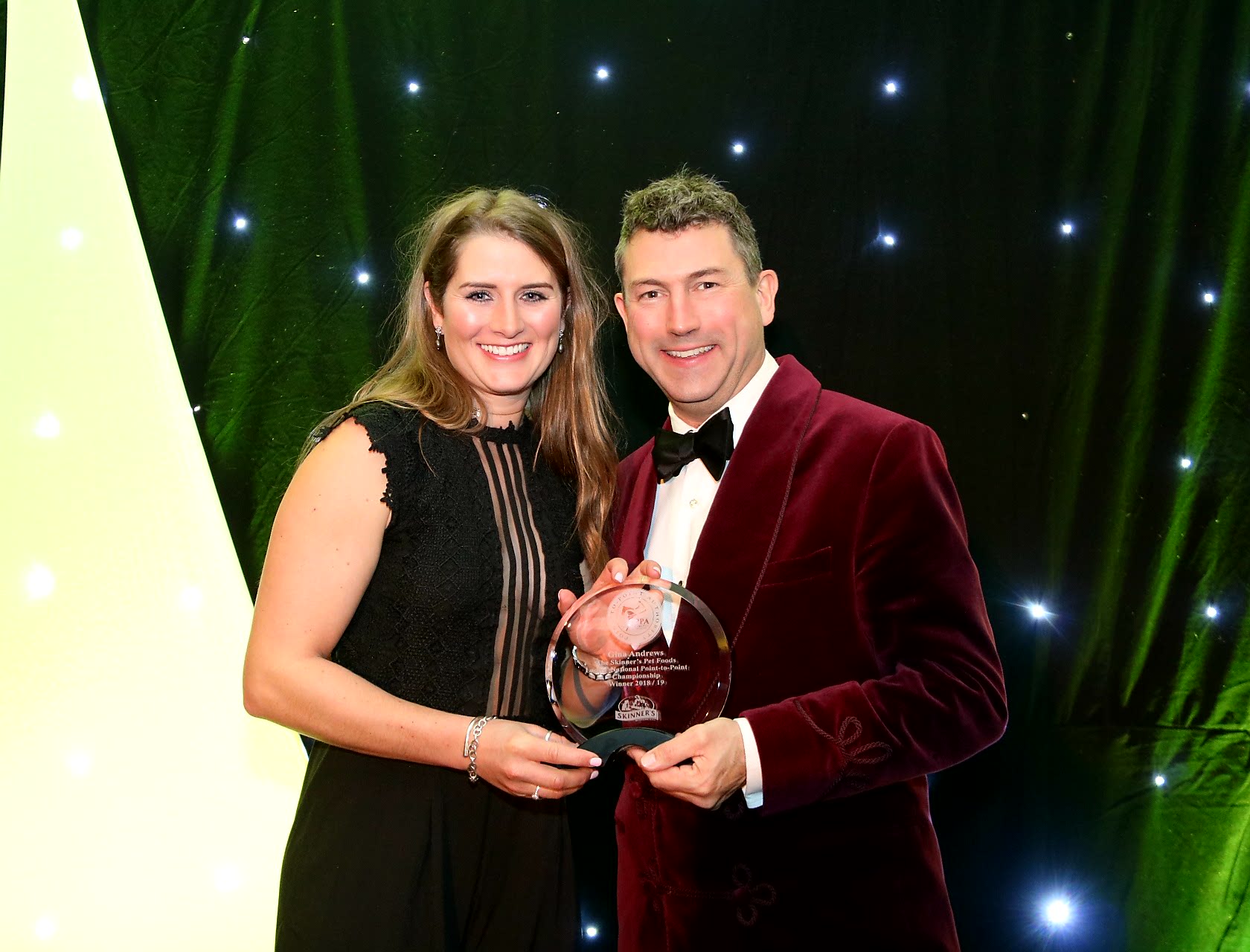 Gina Andrews with Will Delamore from Skinner's Pet Foods

Tim Underwood received the Foran Equine trainers' title for yards with seven or fewer horses and also the Tattersalls' leading owner award, while Somerset's Rose Loxton, who collected the Point-to-Point Racing Company's champion hunter chase trainer award, is ready to unfurl a string of eight horses for the season ahead. Loxton thanked her husband, Sam, who kept the yard running while she was receiving hospital treatment last season, and revealed she could have two horses for this season's Foxhunter Chase at Cheltenham, Punchestown winner Caid Du Berlais and Earth Leader. 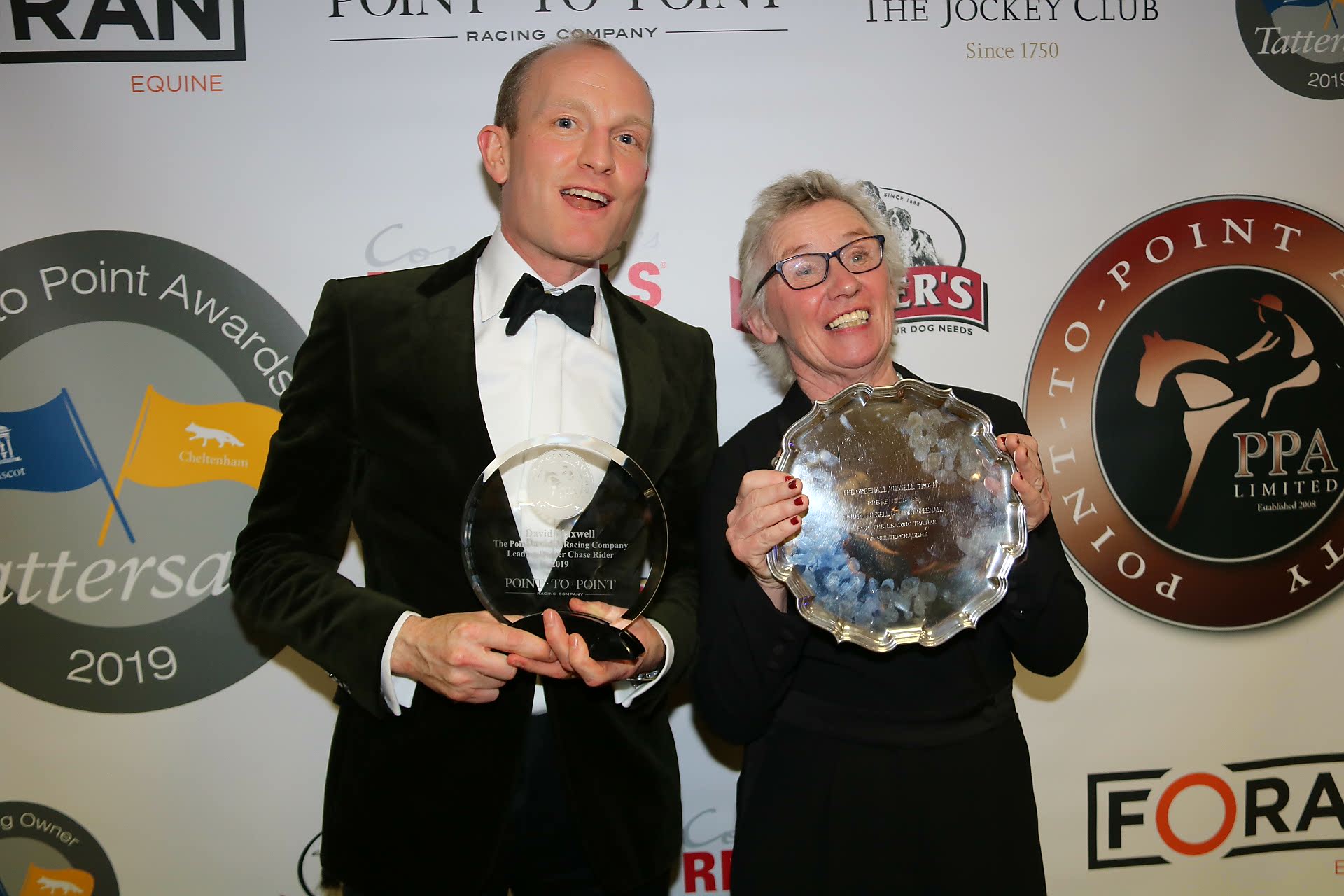 Winged Crusader's Connolly's Red Mills leading horse award was presented to owner Simon Waugh whose daughter, Amie, trains the 11-year-old. The Waughs travelled through floods from their home in Northumberland to reach the venue, and Simon said: "Amie deserves all the credit for this. She puts in all the hard work on the horse."

Alex Edwards and Izzie Marshall were given mementoes for finishing runner-up to Biddick and Andrews in the senior riders' championships, while the Fuller's novice riders' titles were presented to Jack Tudor and Jess Bedi.

Other winners were David Maxwell, who collected the Point-to-Point Racing Company-sponsored leading hunter chase rider title, and Cloudy Music, whose owners, John and Sonia Gardener were given The Jockey Club's maiden mares' title. The Sir Michael Connell Award was presented to Nick Bostock from the North West Area, while Arthur Bellamy, who is based in the Welsh Borders, collected the Cynthia Higgon Award.