A love of the horse and a passion for hunting and point-to-pointing keeps Arthur Bellamy in good health at the age of 90.

Not that you would guess he is a nonagenarian given his sprightliness and sharp mind, attributes which he still exercises during the point-to-point season when assisting at meetings in the Welsh Borders.

Today Arthur (pictured above) travelled to Ludlow races with his wife Muriel where he received the Point-to-Point Secretaries' Association's Cynthia Higgon Award which is given for outstanding service to point-to-point administration. The presentation was made by Shelley Coles, who is the first point of contact for Britain's meeting secretaries at the Point-to-Point Authority office in Wiltshire. News of the award was broken recently at the National Awards Dinner at Cheltenham racecourse, and in Arthur's absence it was agreed he should be handed his memento at a venue nearer his King's Caple home in Herefordshire.

He first went racing as a boy and for some 70 years has undertaken numerous voluntary roles, including being chairman of the South Hereford meeting for many years, and more recently for assisting on the judge's platform.

He said: "I was taken to my first South Hereford point-to-point at Fawley in 1937 by my grandfather, who kept horses and was a keen hunting man. There were 14 shire horses on our farm at that time.

"After the break for World War II the hunt moved its fixture to Belmont, where I took on the job of clerk of the course. We later moved to Garnons and I was chairman of the meeting for many years.

"I never miss a local day's pointing, and you have to remember that National Hunt racing grew out of point-to-pointing. It's a great sport, and a great day out in the country, and I hope it continues for many more years to come.

"The downside is that we've lost meetings in this area. Things have changed and we accept that, but it's still a wonderful sport and a good day out for all the family. Which is what you want."

Arthur was joined at the presentation by his sons Roger and Robert, and by grandson Tom Bellamy, who rode in point-to-points before becoming a professional jockey.

Asked for his secret to a healthy and long existence, Arthur said: "The outdoor life – that and a good horse." 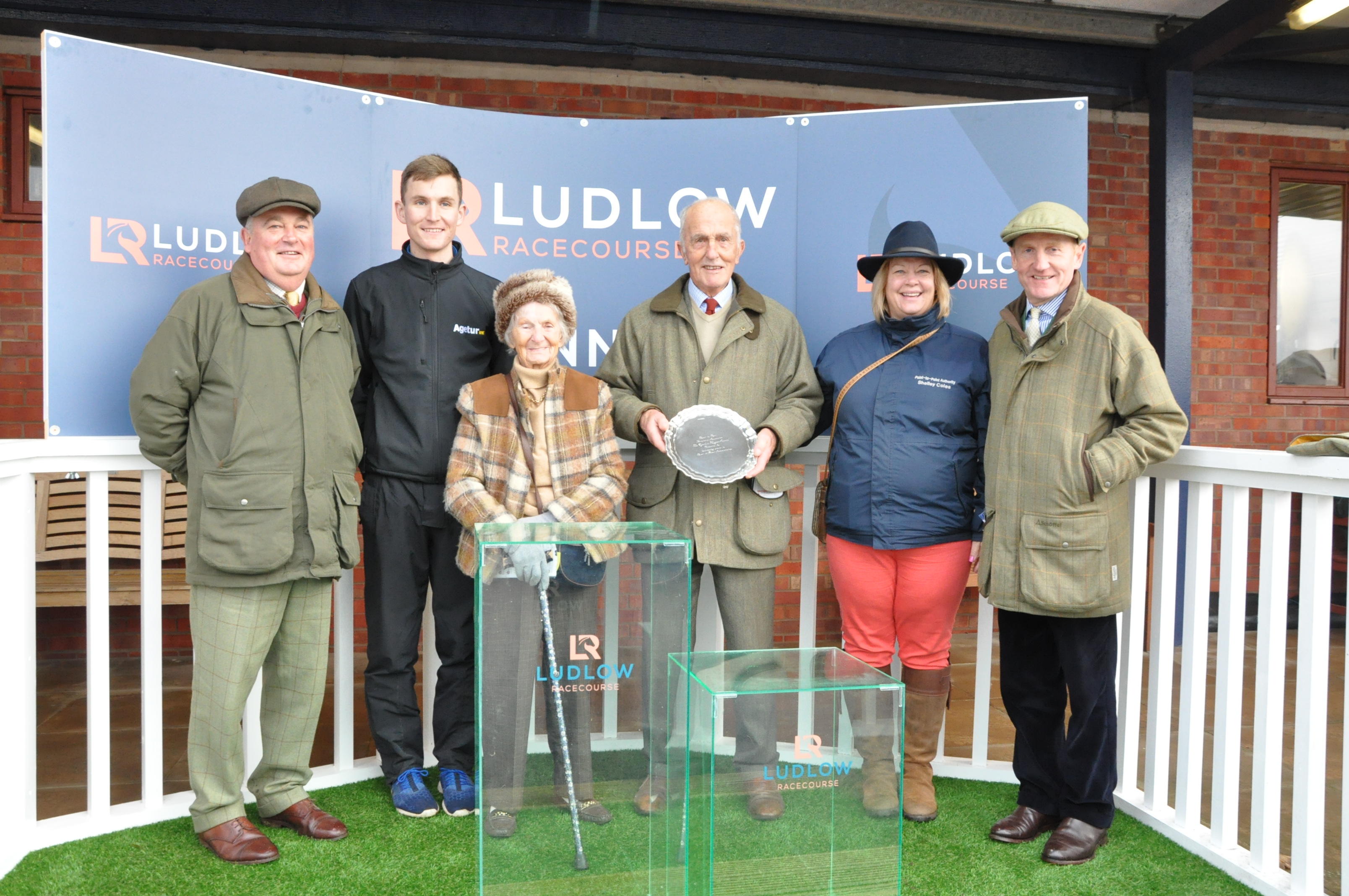