On March 31, we launched our new promotional film at Ascot's spring family raceday, which included sponsorship of the hunters' chase on the card - the Go Pointing Open Hunters' Steeple Chase, won by Virak for Rose Loxton.

The film was shown on the racecourse big-screen throughout the day, hopefully catching the attention of many of the 10,000+ crowd that were in attendance.

We also had a promotional stand in the 'Get into Racing' zone, which was an excellent way of speaking to racegoers about the fun to be had at your local point-to-point. Many that we spoke to had heard of the term 'pointing', but had never attended one, so hopefully we encouraged many of them to give it a try and see what all the fuss is about!

Our film was playing constantly on loop at our stand, we also gave out printed copies of our Go Pointing e-magazine (and signed people up to the weekly e-shot), fold out fixture-lists, branded pens and more. Each and every person we spoke to now has a better idea about point-to-pointing, and crucially they have the tools to find out more and a better idea of where to look to get more information.

We really hope this will drive attendance at the upcoming spring and Easter fixtures, as well as long term engagement too.

There really is no better day out then an afternoon at your local point-to-point, enjoying thrilling amateur sport in beautiful surroundings. At Ascot yesterday, we hope we successfully encouraged some potential enthusiasts of the future to check it out and see for themselves! 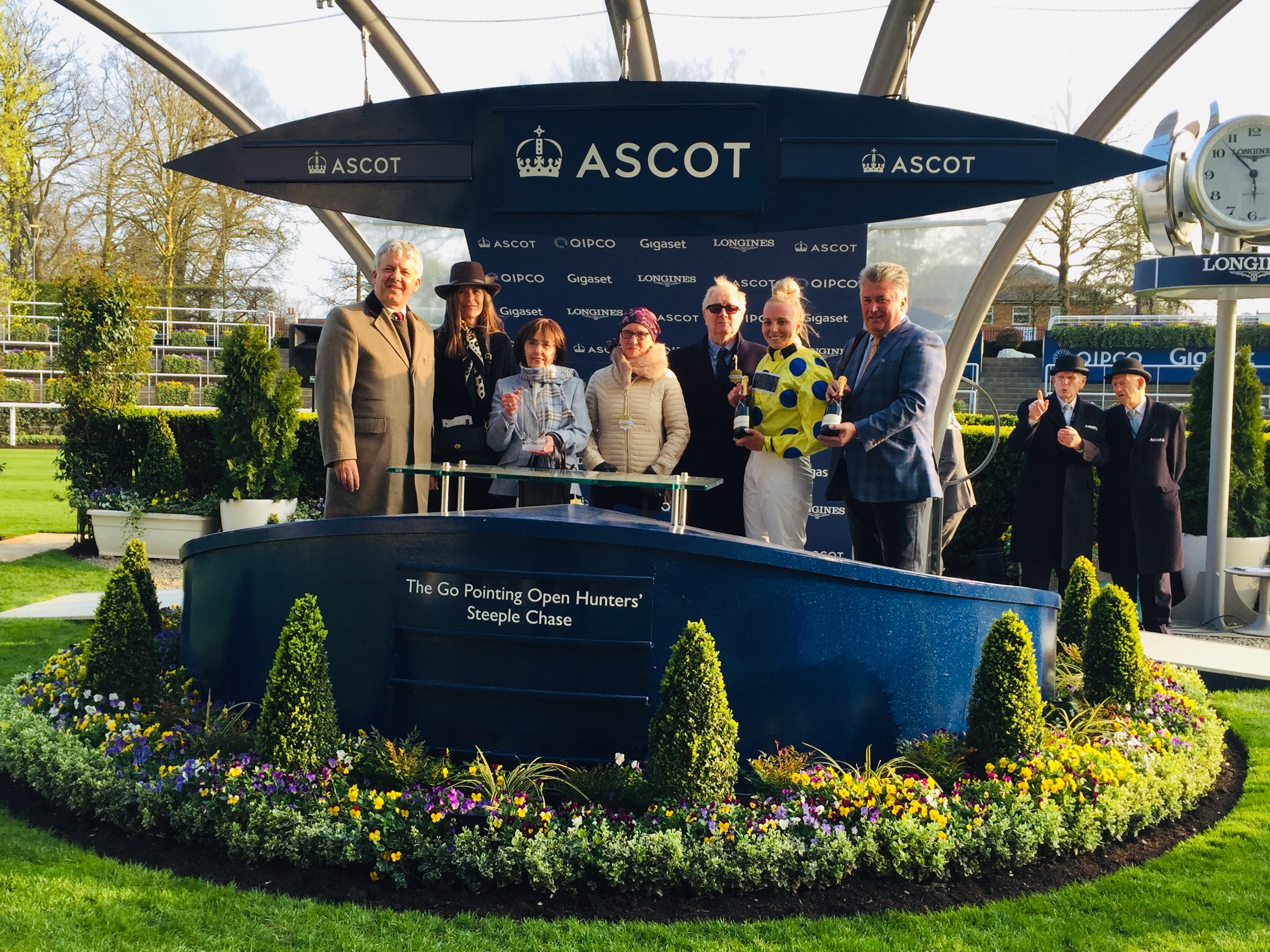