Switch and Enry bidding to be a hit

Bangor maiden winner Enry Iggins tackles a maiden hurdle (1.35) for his new trainer, Robert Walford, while Switch Hitter, who broke his duck at Maisemore Park, tackles the bumper (4.15) for the stable of champion trainer Paul Nicholls. Jockeys James Best and Harry Cobden are both ex-point-to-point riders, as are the trainers.

Enry Iggins was bred out of the winning mare Eliza Doalott by Maxine Stirk, who trained him last season when he ran twice, finishing second at Hexham in December before his Bangor victory, in which he beat eight opponents and scored comfortably (pictured below right under Gina Andrews). The Hexham winner, Uptown Harry, has since been second three times over hurdles, while the third, Major Minus, was subsequently second in two more point-to-points against potentially smart opponents.

Switch Hitter's Gloucestershire win, on debut, was for the stable of Fran Poste (then Nimmo), following which he was sent to auction and knocked down for £120,000 at Tattersalls' Cheltenham April Sale (pictured above). When winning he beat smart Beni Light, who won his next two point-to-points followed by victory in a handicap chase.

Beni Light was subsequently twice second and then third over fences, and on Saturday he was back in the winner's enclosure when beaten just three-quarters of a length under champion jockey Richard Johnson at Uttoxeter. 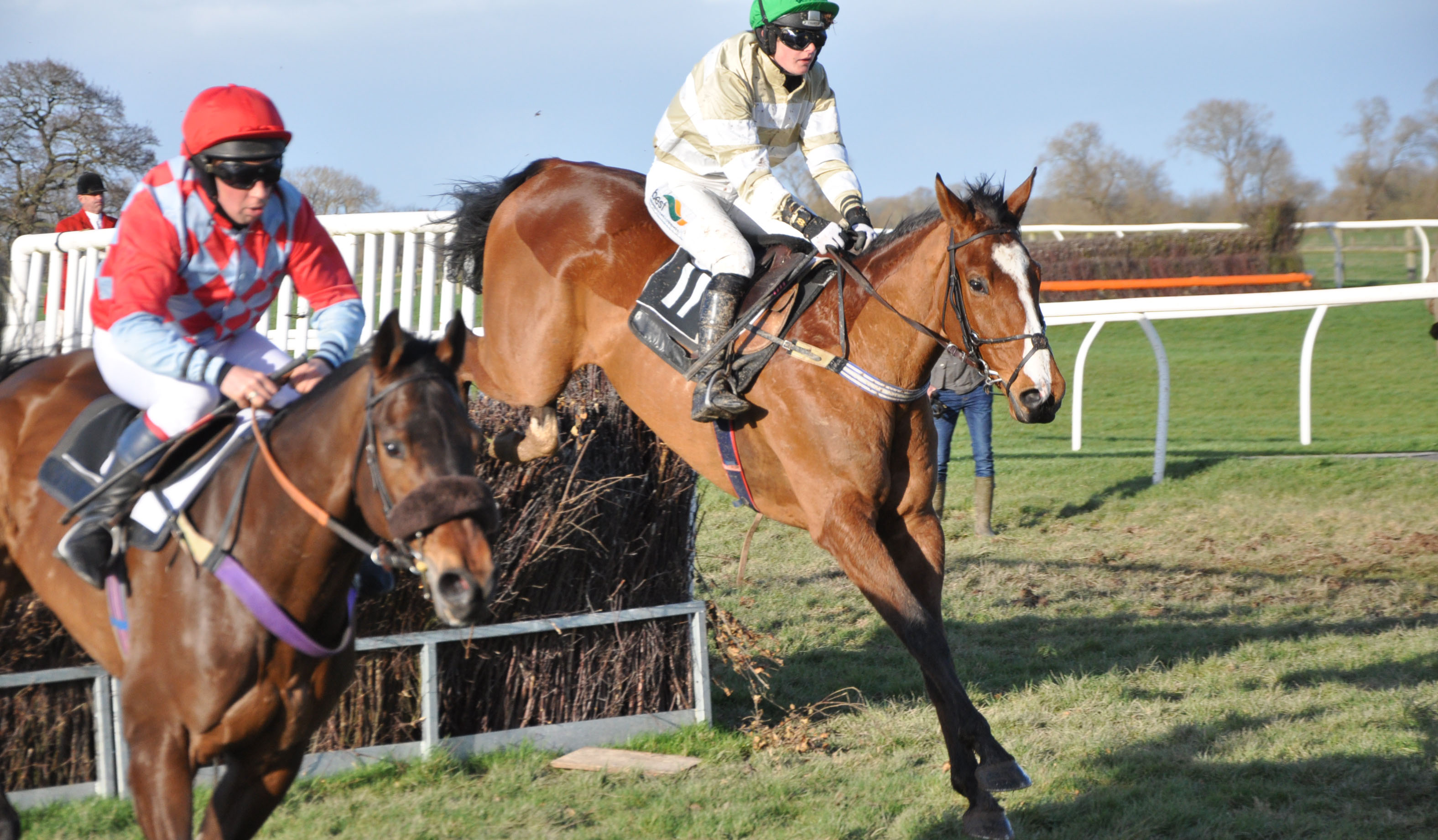