Ellis pondering something for the weekend

Britain’s Foran Equine champion point-to-point trainer is coming to terms with the early closure of the season and committing himself to firing on all cylinders when the sport returns.

Tom Ellis (pictured above) said: "I've gone back to the day job – I'm farming again and praying for it to stop raining so we can get on with some spring drilling. The part-time staff we use in the yard have just about finished, but we've kept the full-time staff on and we've got a lot of horses in. It's too cold and wet to turn them out, so they're being ridden and having light canters and we expect to get some breakers in a few weeks."

Warwickshire-based Ellis was enjoying a fabulous run of form and was marching towards a second title when earlier this week Coronavirus restrictions caused a shut down in racing under Rules and point-to-pointing. Of his 30 most recent runners 23 had finished in the first two and with 27 winners he was ahead of last season's title-winning run.

Ellis said: "The question now is what to do at weekends? We're usually off here, there and everywhere. I'm gutted about that because we live for racing. There's nothing better than loading the lorry up on Saturdays and Sundays and going racing.

"We went north quite a few times during the season and received such a great welcome. When we were travelling back from Dalton Park in Yorkshire a couple of weeks ago we received a text from the chairman of the meeting thanking us for going up there. It's nice to know people enjoy seeing our horses."

With so much talent in his yard has he given a thought to applying for a licence to train under Rules or of sending horses in his care to a licensed trainer? He said: "No, because no one knows when that is going to restart – personally I don't expect it to be anytime soon."

Among the horses now being wound down towards an early break from racing is Fumet D'Oudairies, an £800 purchase at Goffs UK's Doncaster Spring Sale and the winner of four races this season when ridden by Ellis's brother-in-law Jack Andrews. Ellis said of the five-year-old gelding: "He was leased to our racing club for the season, but we own him. I would love to find an owner to buy him and keep in the yard because we need to raise a few funds."

Fumet D'Oudairies (Jack Andrews) - the five-year-old had won four races on the bounce; not bad for an £800 purchase

Ellis said supportive owners have enabled him to keep his staff on the pay roll. "I've got some brilliant owners who have all said, 'Keep the horses for now and keep paying the staff', which is very fair of them. It's too cold to just chuck horses out in a field. That sums it up – it's very frustrating for everyone, and to think that the horses were in such good order."

Looking ahead, Ellis said: "I would be a massive supporter for starting next season in October. I've been keen on the idea for several years, but especially so now. It would help us to keep owners on side knowing the gap before next season is shorter, and it would give the sport more options, including running on soft ground and having autumn sales to target for those who want to sell a horse.

"It needs some planning to ensure two meetings close together don't clash, but it is possible with some centralised thinking. Club meetings that use volunteers from local hunts – and which give those hunts some money in return – would work.

"It's been a very wet winter with a lot of heavy ground, but it's lovely to run your hands down the legs of the runners on Monday morning and find them all cool. Yes, it's been too soft for some horses, but look at the entries over recent weeks. Amazing numbers.

"The price of horses has gone up and people don't want to race valuable horses on quick ground."

Ellis said despite the early closure of the 2019/20 season it has been one of the best. He said: "There is plenty to be positive about, and the season which has just ended felt like the good old days. There was a brilliant buzz around and some great meetings, including the two at Horseheath. They were great days' racing with quality horses and a good crowd. It was cold and windy but great to be out and about.

"After we've all been self-isolating for the next few months what could be better than to go to a point-to-point next season?

"We all need to think about this dreadful virus, take precautions and be thoughtful of others – some of the scenes in Italy have been horrendous. That puts the loss of our sport in perspective."

Hopes that point-to-pointing in Ireland would continue behind closed doors were dashed yesterday on the eve of a weekend when four meetings were expected to take place. 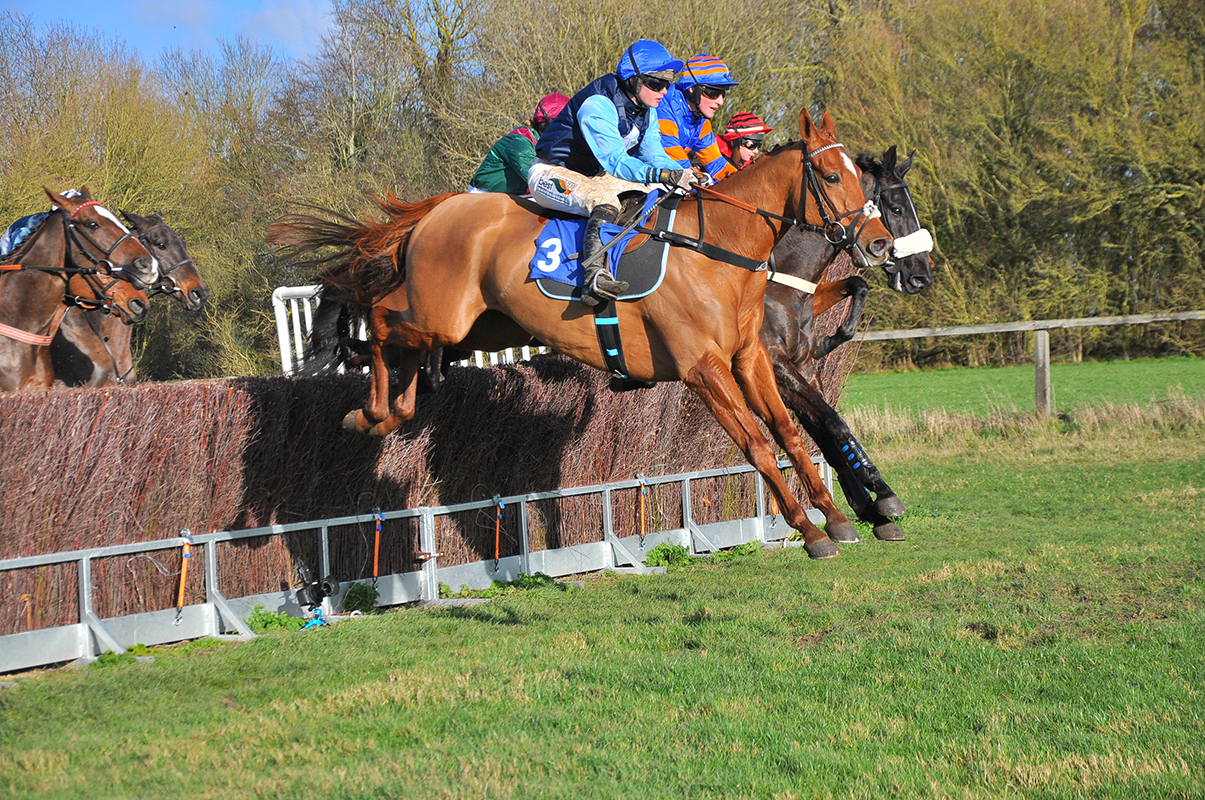