Moments of the Season – Dubai Quest

We are continuing to look back at the 2019/20 point-to-point season and highlight some 'Moments of the season'. This latest video picks out the first of three consecutive wins for the promising seven-year-old DUBAI QUEST, which was at Thorpe Lodge in January 2020...

Dubai Quest could be a horse for top honours in coming years, says rider Gina Andrews.

Britain's seven-time Skinner's women's champion rider partnered the seven-year-old on four occasions last season, his first in Britain, and since Andrews has a Cheltenham Festival win on her CV her view of the horse is worth noting. "I think he could be very good," she says. "He could be a Cheltenham Foxhunter horse."

His restricted race win at Thorpe Lodge in January – the contest that features as the video clip in this week's Moments of the Season – appears a routine assignment and he wins eased down, but it came after he had fallen at Larkhill when making his debut for the Warwickshire stable of trainer Tom Ellis, Andrews's husband.

Reflecting on the Larkhill race, Andrews says: "He ran off with me and was gawping around, and when we came to the fence at the top of the hill I said 'one, two, three' and he said 'four, five, six'.

"At Thorpe the ground was softer, there were not many runners, I got him into a nice rhythm on the first circuit and he won going away. He will be a very good jumper in time and he was settling better as the season went on, and became a lot more professional." 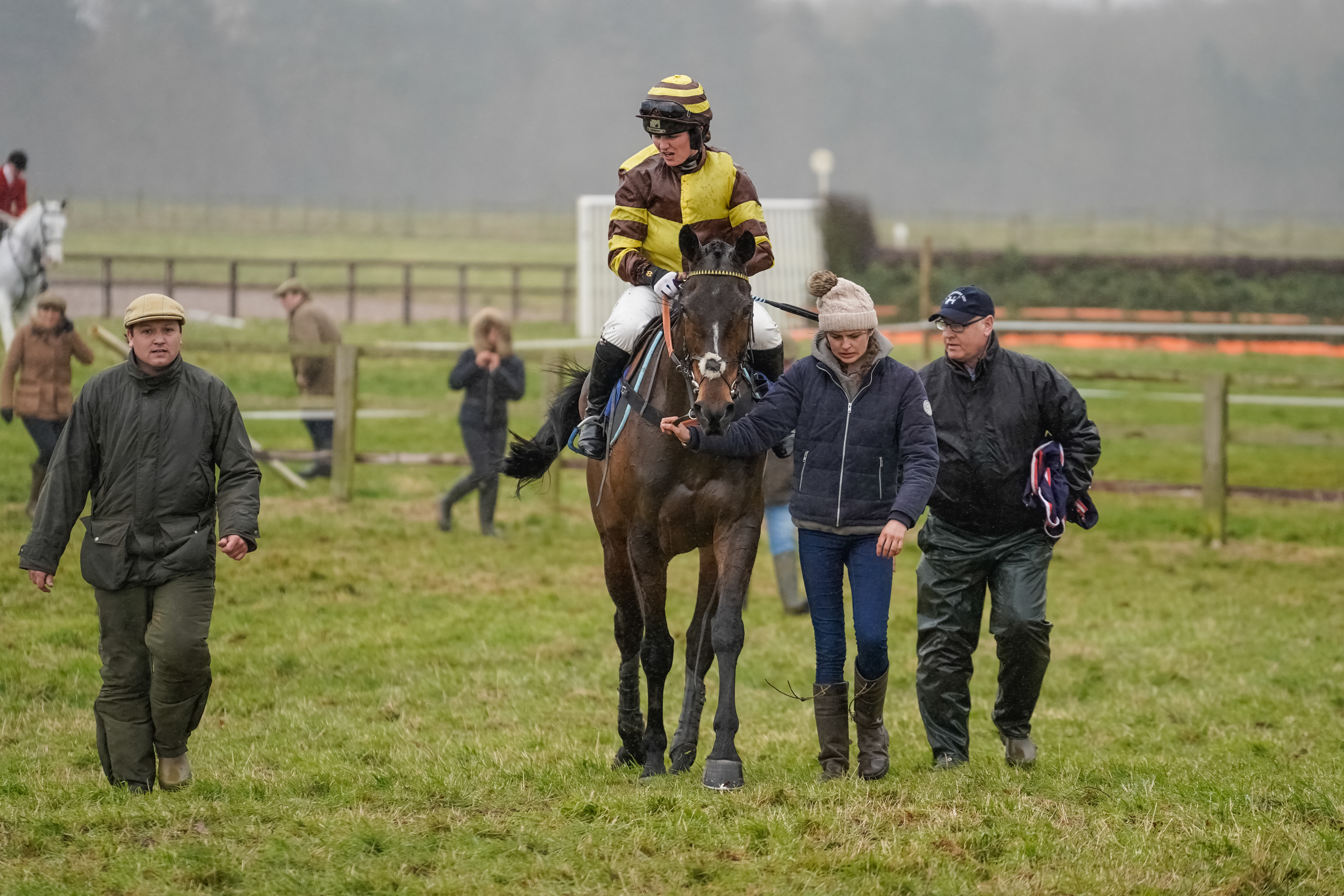 Dubai Quest following a win at Brocklesby Park in February

Dubai Quest, a son of Dubai Destination, was a late starter who made his debut in Irish point-to-points as a six-year-old, narrowly winning a maiden and being placed on his three other starts. Bloodstock agent David 'Felix' Phelan sourced the horse for Ellis's stable, a private sale was arranged and he now carries the colours of Giles Sim's Oak Partnership.

After the Thorpe Lodge victory Dubai Quest won an intermediate contest at Brocklesby Park and a conditions race at Dalton Park. He is definitely one to follow when there is cut in the ground.

An intermediate hunters' chase at Cheltenham's evening meeting was Dubai Quest's target until Coronavirus ended the season prematurely, and he is now enjoying a summer holiday with no fewer than 17 stablemates in a huge field at Ellis's farm.

Check out 'Moments of the season' each and every Wednesday.