It was all about the Ladies at Trecoed.

On Saturday, the curtain closed on the 2018/19 Welsh Point-to-Point season with the Pembrokeshire meeting at Trecoed, located just outside Fishguard and about as far west as you are able to travel without being in Ireland.

Bradley Gibbs had ensured some weeks ago that he would be picking up the Men's Welsh Championship once again, so it was really all about the Ladies and there was all to play for until the winner crossed the finish line in the last race of the day.

Jodie Hughes started the day with what looked like an unassailable lead but Isabel Williams surprised punters, wining the Ladies Open on the four-year-old maiden Falethao d'Ana, beating Jodie into second on the favourite, Luke Price's prolific Spencer Moon, and it was suddenly 'game on'!

Isabel added to her points tally when finishing second in the Open Maiden on Miss Zip, so all depended on the last race of the day, the Intermediate, and only a win would secure the six points needed for reigning champion Isobel to secure the itle. In the end, she finished second aboard the five-year-old Carpool, whilst Jodie was third on Which Sky, meaning Jodie took back the title she loaned to Isobel in 2018. This is the fifth Ladies' title Jodie has won, having previously won in 2012, 2014, 2015 and 2017. 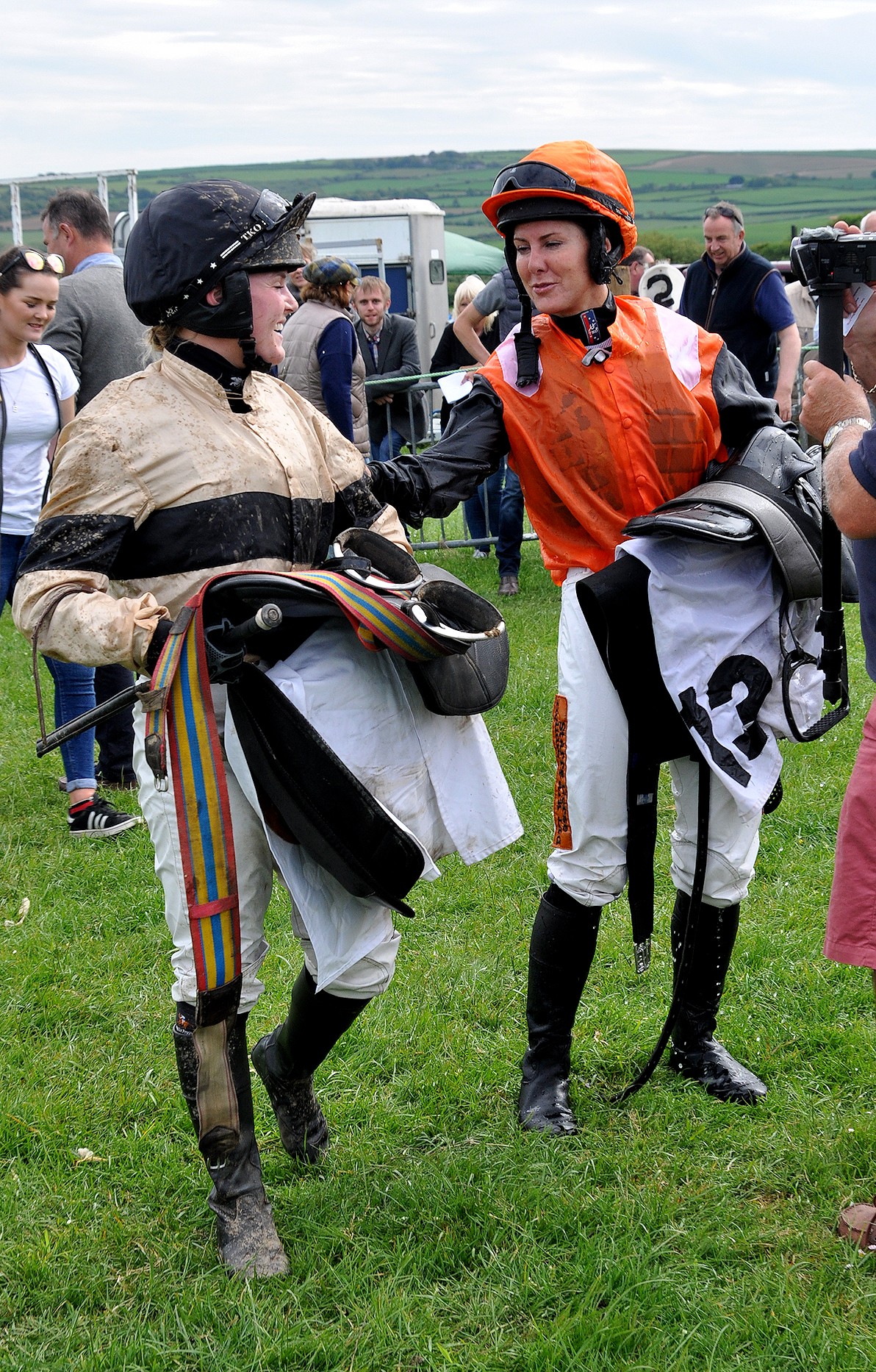 The Intermediate was won by the favourite, Ardview Boy, trained by Amber Mathias, giving Ben Jones the second leg of his double after winning the Men's Open on Walkabout Creek (pictured) in the fastest time of the day. The 12-year-old, trained by schoolteacher Dawn Smedley, has delivered a remarkable improvement in form this season, winning a total of three Men's Opens.

The Hunt Members' Race was the closest finish of the day as the grey Cheltenham Mati made all under a positive ride from Matthew Barber to win by a neck, despite Ellen Nicholas and Hospital putting down a challenge two fences from the finish. Control Me finished third for Dai Rees and Wayne Maskill, who then went on to take the Restricted in good aboard Robin of Sherwood.

Matthew's father, Gary, is Clerk of the Course at Trecoed, and congratulations must go to him and his team for the extraordinary effort made to provide safe ground for racing following one of the driest springs experienced in West Wales for many years.

The biggest cheer of the day came when Carmarthenshire's Emma Moseley took the Open Maiden aboard her own Pub Lunches. The 9/1 shot went away from the field at the final fence, beating the 2/1 favourite Miss Zip by three lengths. The handsome grey hadn't been out of the placings in his last few runs and finally gave his delighted jockey a well-deserved winner.

The news that West Wales is to lose yet another promising young jockey to the professional ranks, as Ben Jones announced he is planning to apply for a Conditional licence at the end of the season, was greeted with mixed feelings by Point-to-Point trainers across South and West Wales. Everyone is delighted for Ben, who has enjoyed a remarkable season between the flags and demonstrated an outstanding natural talent, and we all wish him the very best of luck in the next stage of his career. However, this does leave a massive gap in the pool of experienced lads riding in Wales next season. The door is now open for some of the less-experienced boys to step up and secure more rides, and it will be interesting to see which of them will emerge next season to keep current Welsh Champion Bradley Gibbs on his toes!