Telfer knows how to nail a good tune

Lara Telfer may be the hottest singing talent in racing, but winning Racing Welfare’s Furlong Factor competition could not quite replace the thrill of riding a winner.

Telfer (pictured above), who under her maiden name of Mahon became Britain's national novice woman point-to-point champion in the 2014/15 season when riding nine winners – ace pro jockey Harry Cobden won the men's equivalent – says: "There's nothing like the adrenalin you get when riding in a race, and while I loved entering and winning the competition it was not the same as jumping the last and winning a race."

Telfer's latest national success came in a singing competition which was designed to provide fun during lockdown and raise money for Racing Welfare, the charity which supports 'the workforce of British racing'. More than £51,000 was raised after some 80 people who work in racing opened their vocal chords and videoed themselves singing at home.

A final group of eight, including other former point-to-point riders such as Lucy Barry, James Ferguson and Freddie Tett, then faced off in the final, and after a public vote the winner was announced by Luke Harvey on Sky Sports Racing. Telfer, who nailed the James Bay hit single Let It Go, came out on top, winning £1,500 and a trip to France's Prix de l'Arc de Triomphe.

She promptly handed £500 back to the charity and is pondering putting the remaining 'grand' towards an extended stay in Paris after the Arc, or towards the cost of a pony for her 20-month old son Bertie.

He could become the fourth generation of horse achievers in his family, for his great-grandfather, Jim Mahon, was a point-to-point pathfinder, who in 1977 founded the Point-to-Point Owners' & Riders's Assocation, organised Britain's first Sunday race meeting (of any kind run under Jockey Club rules) which was held at Ashorne in Warwickshire in 1993 and invented the air-cushioned whip. He also trained and part-owned Blue Cheek, winner of Aintree' Foxhunters' Chase in 1997 when ridden by Robert 'Choc' Thornton.

Jim's son Gabe has trained many point-to-point winners, the pick on ability having been My Way De Solzen, a Stayers' Hurdle and Arkle Chase winner for Alan King, who rediscovered some form and confidence to win five of eight races for the Mahon stable.

Gabe's four children rode winners – Ryan, who later became a conditional jockey and is now a bloodstock agent, rode 35 pointing winners and ten in hunters' chases, Leo rode 35 point wins and two in hunters' chases – and can claim a piece of history as the first person to ride a point-to-point Flat race winner under Rules (Chap, at Aintree, May 2015) – while Ella (aka Nellie) rode two point-to-point winners and Lara kicked home 17.

Three of the four have married or are about to marry former talented amateur riders – Ryan married Hannah Watson, Lara tied the knot with Will Telfer and in December Nellie marries Nick Pearce (lockdown permitting). Nick has retired from race riding, but trains pointers Don Poli and Workbench and is clerk of the course at the new venue of Shelfield Park, which narrowly failed to make its debut in March due to the early closure of the sport.

Lara's superb singing voice has been a closely guarded secret until now, but after Nellie asked her sister to sing at her wedding to Nick there was no hiding place. Lara, who works at Cheltenham racecourse, says: "I wasn't sure if I was brave enough to sing in front of people at a wedding, so when the competition came up it was a chance to test myself on a video. I cannot believe I won it when there were so many amazing singers in the competition, let alone the final." 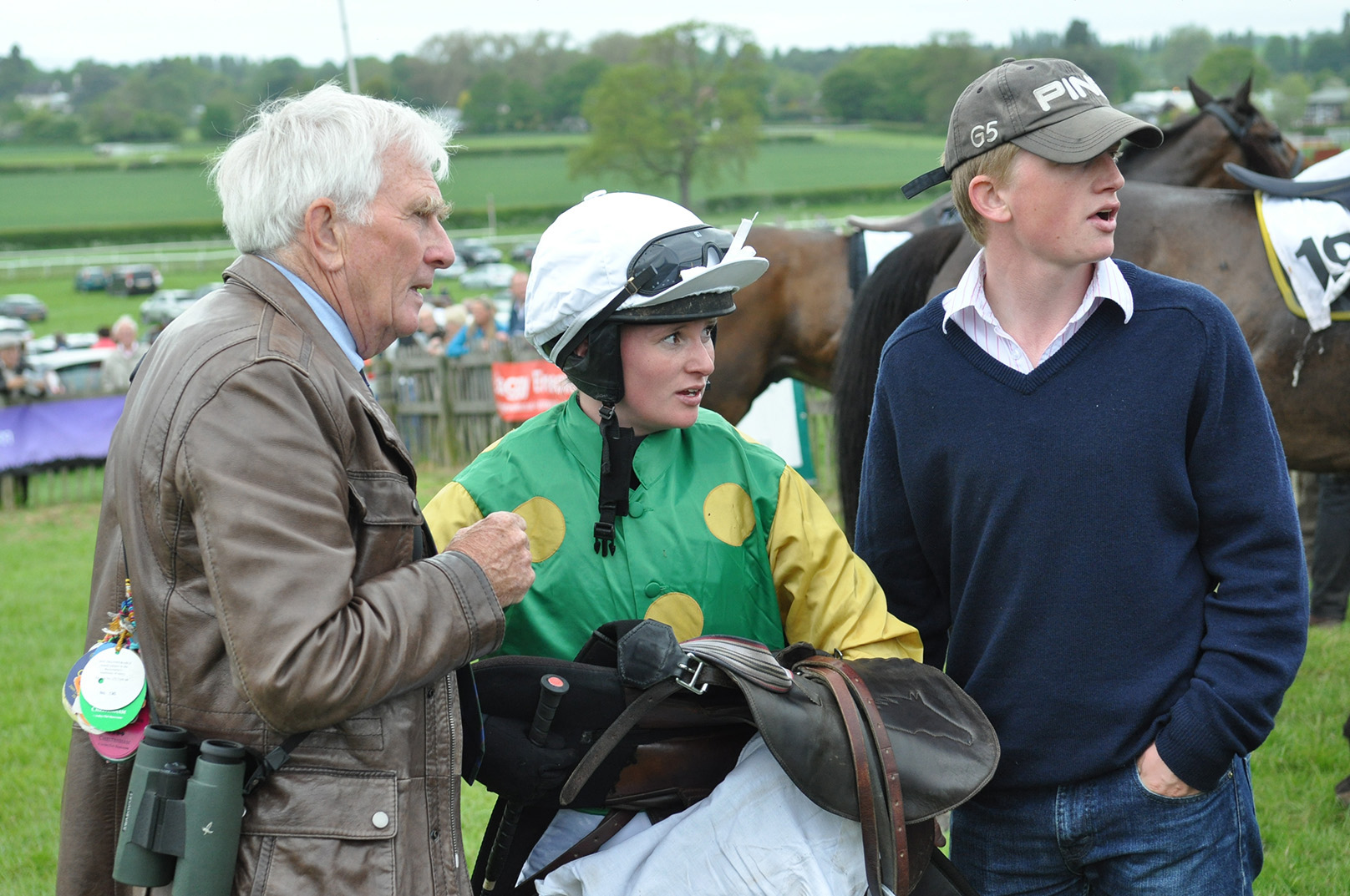 Her novices' title success was gained through six victories on The Magherally Man, two on Awesome George and one on Lake Legend. She wound up her career the following season with three rides, all on Awesome George, and each spin ended with a win.

She says: "I was very lucky to ride amazing horses. They knew where the line was and got me there. Awesome George would tell me when to go, while The Magherally Man loved having a novice on his back who didn't know what she was doing. I rode My Way De Solzen in one race, and embarrassingly managed to get him beaten, but he was like an aeroplane. We've still got him at home, turned out in a field."

Telfer's modesty is apparent in her assessment of her riding career, but she will always enjoy the buzz of looking back. She says: "I haven't sat on a horse properly for a long time, but I was walking by the horses with my toddler the other day and thought 'Did I actually do that?'."